Debt and the Affect It Has On People

The problem of debt is something that everyone may be familiar with. In which case, everybody may be able to relate when we say that debt can take a toll on an individual’s life. It is the thought that keeps sinking in about how you are in a big trouble with your credit and you cannot think of a way to solve the problem.

When you are preoccupied with such negative thoughts, the more difficult you find to focus on finding an effective solution.

There have been a couple of studies conducted about how money credit trouble affects people. It has been determined that this particular problem can create or start a series of troubles in a person’s life.

One, with debt, a person’s life becomes miserable.

The negative effects of credit problems start in the person’s stress about possibly being harassed by the people he owes money too. When you are in debt and you have constantly failed to settle your regular monthly payments then you should expect your creditors to ring you a couple of times and send their threats of taking legal action if they do not get paid. Such demands can make a person fearsome. And it can lead to serious psychological effects.

Two, a person in debt becomes ignominious or disgraceful.

Rarely anyone heavy in debt would like to share their story of failure. As a matter of fact, it is something to be ashamed about. At least that is what most people think and feel.

Three, people who are ashamed of revealing their miserable financial situations become forced to hide it.

And it is not only because they want to make an effort to preserve their pride and dignity. They also fear what other people think especially the people that matter in their lives not only in their social scene but also in the professional arena.

Employers look into their prospective employee’s records completely. Just imagine how frustrating it can be to lose a job opportunity you are extremely qualified for but failed miserably in the financial aspect of a background check. And it is a cycle. Naturally, a person with debts to pay would need an income and a job to earn it but if he is denied the opportunity to make a living then the more he comes burned with credit and the shame and misery that come with it.

Four, a person with a bad credit record will suffer greatly in terms of his standing with financial institution. His chances of getting a loan again will be compromised due to the credit he failed to duly settle.

Fifth, every year, hundreds of people commit suicide because of their inability to repay their debt which they have taken. Moreover a person’s private, social and professional relationships gets affected due to his inability to repay the loan . In such cases, instead of committing suicide, people should focus on the brighter sides of life and be optimistic.

Relationships also become sour with marriages getting broken due to debt and ending in divorce. A happily married couple can find themselves in a very miserable state -of-affairs caused by undue spending by either spouse or by the husband and even both. As a result, the blame game starts.

On the professional side, jobs disappear with mounting pressure of bills, rents etc.

Sixth, a defaulter often suffers from emotional collapse owing to his inability to repay back the loans he has taken. He/she becomes fed up with threatening phone calls and e-mails from the creditors.Some people become so scared that they end up selling their precious house and cars. Property eviction can escalate into legal hazards often burdening the treasury in the form of court charges.

Seventh, escalating loans can compel a person to go bankrupt. The consequences of bankruptcy can be harsh and keep you jobless in the future. Bankruptcy is a serious financial repercussion of debt and can pave the way for a dark future for the defaulter.

But more than this, it has been found out that an individual who is in trouble with his creditors tends to jeopardize his life entirely. And this includes his personal, social and professional relationships which is indeed unfortunate. However, people in a similar situation should also realize that there is a solution to every problem even with debt and it always helps to look at the brighter side of things.

Debt Advice Debt Management 2016-05-10
James Paul
Previous: Get Help Choosing an Investment Account With a Financial Advisor
Next: Is Forex Really a Business Opportunity for All and Sundry? 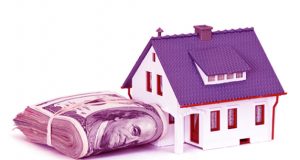 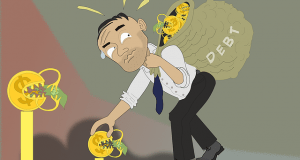 Could a Debt Management Plan Clear Your Debt Issues? 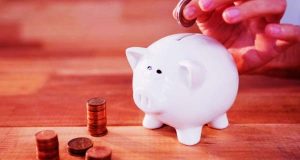