The personal finance industry has seen significant changes. In the past few years, more companies have moved into the industry and new products have been introduced. For example, the concept of blockchain has continued to evolve and more products have been launched. Also, big companies like Google and Amazon have moved further into personal finance. In this report, we will look at some of the biggest trends to look at. 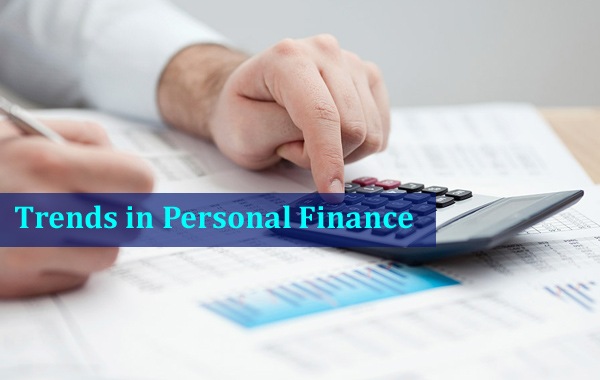 Recently, Bloomberg BusinessWeek did a report that showed how American venture funded companies were extending subprime loans in Kenya. The report showed that companies like Tala and Branch were giving small loans to millions of Kenyans through their mobile phones. Kenya is not alone. These companies are cropping in most countries around the world. In Indonesia, a company like Tunaiku has extended loans worth millions of dollars. In the United States, companies like Klarna and Affirm are extending credit to buyers. In the coming years, the mobile industry will continue to grow as more venture money is poured into the industry.

Another trend that is growing is that of crypto-backed loans. These are loans that are offered to individuals in exchange of their cryptocurrencies. The idea is relatively simple. If the price of Bitcoin is $9,000 and you have 10 Bitcoins, you can go online and borrow money using your coins as the collateral. This means that you will continue to benefit if the price of Bitcoin continues to rise. There are several companies like Nexo and CoinLoan that are offering these prices. As the price of Bitcoin and other crypto rises, we will see this trend increase.

The peer to peer lending industry has been a key beneficiary of the adoption of mobile and online lending in the past few years. However, we will likely see most of these companies suffer this year. Already, the stock price of Lending Club has dropped by 20% and the company is worth just $900 million. This is down from its peak of $15 billion a few years ago. Other companies are not doing well either. Prosper Marketplace, once worth more than a billion dollars is today worth less than $400 million. Several of these companies have gone out of business as well. For example, LandBay, a peer to peer lending company founded in the UK went out of business in 2019 as new regulations made it almost impossible to compete.

Another concept to watch this year is the rise of online-only banks. These are banks that operate without branches. All they have is a mobile application or a website browser. These companies say that they are more efficient than other banks because they don’t have a lot of overhead. As a result, the companies are able to offer low interest loans and other freebies. This year, we will likely see more companies in the industry. We will also see more venture funding in the online banking industry. Just recently, Revolut, the UK online-only bank raised money at a $5.2 billion valuation. This makes its size be almost a half the size of Deutsche Bank, the giant European bank.

This year, the biggest story in the blockchain industry will be about halving. This is a situation where the number of blocks that are awarded to investors is halved. This will create a shortage in the amount of Bitcoins in the market and possibly lead to a higher price. The halving event will happen between May and June. As Bitcoin rises, other companies will likely follow suit.

Artificial intelligence and machine learning are the two biggest themes in the financial market. The two technologies allow complex algorithms to predict and help people do difficult things easily. For example, artificial intelligence can analyse your spending data and tell you what you will buy in the future. Companies like PayPal and Square are using this technology to boost their services. The same is true with a company like Tunaiku, which is the biggest Indonesian online lending company.

Robinhood is known as the company that revolutionized the online investing industry. The company, started in 2012 introduced investors to the commission-free investing, which enables them to open trades for free. As competition continued, other brokerage companies like Charles Schwab, Fidelity, and TD Ameritrade brought fees to zero last year. Therefore, as competition heats up, we will likely see lower transaction fees and increased competition in the industry.

Another trend that has increased recently is that of international money transfer. Companies like Transferwise have made it easier and cheaper for people to send money abroad. This year, we will likely see cheaper and faster methods of money transfer around the world.

Technology is changing everything we know about money. Bank branches around the world are closing branches and embracing technology. Mobile and online banking have made banking cheaper and cost-effective. Meanwhile, new companies are shaking the banking and finance industry as we knew it. The best example of this is Robinhood, which has forced traditional companies to remove their fees. It has also led to significant competition and consolidation in the industry. Therefore, we will see more trends like blockchain, Bitcoin, and online-only banking organizations.

personal finance industry 2020-03-11
James Paul
Previous: What To Know About Accountants For Landlords And Property Accountant
Next: Here are all the Top LIC Policies to Invest in 2020 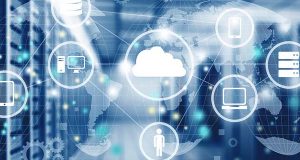 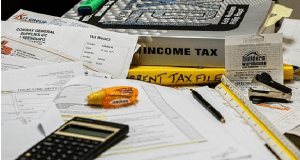